The 2016 Presidential Election: A Media Perspective

As Election Day draws near, it’s clear this election is different from any other in recent history. And the media has had a front row seat to the entire show.

Join PRSA Boston and The Publicity Club of New England to hear directly from local journalists about their experiences covering the 2016 campaign.  What role did the media play in the process and how might it change for future elections?  What challenges did they face in covering this campaign? 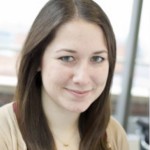 Lauren Dezenski is a reporter for POLITICO Massachusetts and the author of the Massachusetts Playbook.Prior to joining POLITICO Massachusetts, Lauren had been covering Boston’s colorful politics at the Dorchester Reporter, where she created and wrote The Relay, a newsletter that become the go-to source for news on the Boston Olympic bid. She has also previously covered the state politics for the Cape Cod Times and New Bedford Standard-Times, as well as general assignment reporting for the Boston Globe, Allston-Brighton Tab, Somerville Journal, Cambridge Chronicle. Dezenski holds a bachelor’s degree from Boston University and is an alumna of the school’s independent student newspaper The Daily Free Press. In 2012, Lauren received the Nathan H. Miller Award in recognition for her work at The Daily Free Press. 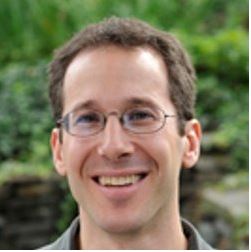 Evan Horowitz writes the “Quick Study” column for the Globe, both online and in print. He digs through data to find information that illuminates the policy issues facing Massachusetts and the US. His essay this week, “When You Call The Election Rigged – Everybody Loses”  is a worthy and timely read heading into this program.

Steve Koczela is the President of The MassINC Polling Group, where he has grown the organization from its infancy to a nationally known and respected polling provider. During the 2014 election cycle, MPG conducted election polling for WBUR, the continuation of a three-year partnership. Koczela again led the endeavor, producing polls which came within one point of the margin in both the Massachusetts gubernatorial and U.S. Senate Elections. He was also lead writer for Poll Vault, WBUR’s political reporting section during the 2014 Election Cycle. He has led survey research programs for the U.S. Department of State in Iraq, in key states for President Barack Obama’s 2008 campaign, and has conducted surveys and polls on behalf of many private corporations. Koczela brings a deep understanding of the foundations of public opinion and a wide ranging methodological expertise. He earned U.S. Department of State recognition for his leading edge work on sample evaluation in post conflict areas using geospatial systems. Koczela is frequent guest on WBUR as well as many other news and talk programs in Massachusetts and elsewhere. His polling analysis is often cited in local, state, and national media outlets. He currently serves as President of the New England Chapter of the American Association for Public Opinion Research (NEAAPOR). Koczela holds a Master’s degree in Marketing Research from the University of Wisconsin and is a veteran of the war in Iraq.

Professor Carroll is a veteran of both the advertising and journalism worlds. For five years he was executive producer of news programs at WGBH-TV in Boston; for three years previous to that, he was producer/panelist on the daily show Greater Boston and the weekly program Beat the Press. Over the past 20 years he has also written extensively on advertising and the media as a regular columnist for the Boston Globe and Adweek magazine, and as a commentator on WBUR-FM and National Public Radio. Carroll has won numerous national and regional journalism awards, including the RTNDA’s Edward R. Murrow Award for writing, the National Press Club’s Arthur Rowse Award for press criticism, and multiple New England Emmys for commentary and news writing. In addition, he spent almost two decades as a creative director and consultant in the advertising industry.